﻿I would like to take this opportunity to introduce myself. Firstly, I’m a local lad, born and bred in Nottingham. Amongst many other things (e.g., Rayleigh bikes, Boots the chemist, Nottingham lace), this proud city is particularly well known for its heroes, both of the mythical (i.e., Robin Hood) and sporting kind (e.g., Nottingham Forest Football Club, Torvill and Dean). Perhaps somewhat unsurprisingly, I ended up becoming a big sports fan (more watching than playing these days though), with a particular passion for my chosen football club, Nottingham Forest – I say unsurprisingly as I did grow up during the majority of the mighty Brian Clough’s reign at the club! 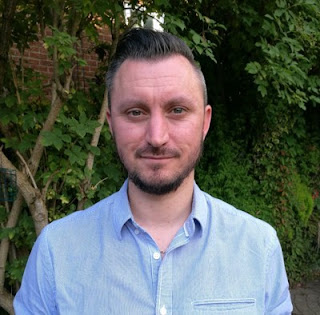 Whilst growing up, I also developed a strong interest in all things space-related, so when the time came I steered my education in that direction and studied for an MPhys degree in Physics with Space Science and Technology at the University of Leicester (yes, on this occasion, it is rocket science!). It was during this time that I became interested in Earth Observation, and more specifically remote sensing. Upon completing my undergraduate studies, I subsequently combined my interests in remote sensing with a longstanding fascination with earth science by studying for an MSc in Physical Geography by research – again at the University of Leicester. My research focused on developing one of the first applications of airborne Light Detection And Ranging (LiDAR) for mapping seismogenic faults that were previously hidden beneath dense forest cover. It turned out that LiDAR data is pretty cool because it can be processed to deforest the terrain (virtually, I might add) to reveal the ground surface without actually harming the environment. Following directly on from this, I undertook a PhD in Geological Remote Sensing at the University of Leicester (predictably…but at least I moved to a new department each time!). My research again focused on helping to overcome the challenge of geological mapping in vegetated terrain, but this time with more of an emphasis on mapping rock units using airborne LiDAR and multispectral data.
In 2011, I joined the British Geological Survey (BGS) as a Remote Sensing Geoscientist, where my main role was to develop and apply cutting-edge remote sensing techniques and methodologies for application to geological mapping, natural resources exploration, geohazard (e.g., landslides, volcanoes, earthquakes) mapping and monitoring, and land use/land cover mapping. To do this, I utilised a wide variety of remotely sensed data, including both airborne and terrestrial LiDAR data, multi- and hyperspectral imagery, photogrammetry, field spectroscopy, and airborne radiometric and geophysical data. Most notably, during this time I was fortunate to be part of three exciting EC-FP7 projects, which utilised Earth Observation data to monitor the environmental impact of mining (EO-MINERS), determine the risk of relative sea level rise (i.e., the combined effect of sea level rise and subsidence due to natural compaction, dissolution and shrinkage of geological units) to Europe’s coastal lowlands (SubCoast), and to monitor global volcanic hazards (EVOSS). In addition, I was recently involved in building landslide inventories from very-high resolution satellite imagery in order to help support the relief efforts following the 2015 Nepal and 2016 Ecuador earthquakes.


Following the best part of five years working at BGS, I decided to return to academia in June by taking up the position of Assistant Professor in Earth Observation in the Faculty of Engineering at The University of Nottingham. My role is affiliated with the GeoEnergy Research Centre (GERC), which is a joint venture between The University of Nottingham and BGS. So although I am no longer employed by BGS, I have been known to continue to haunt my old office on occasions! My current research interests are focused on the use of satellite, airborne (manned and UAV) and ground-based Earth Observation techniques for the exploration of geoenergy resources and the monitoring of their exploitation. This includes identifying potential geothermal energy resources by mapping anomalous mineral assemblages and surface temperatures, determining key characteristics (e.g., porosity, permeability, fracture density) for reservoir modelling, and monitoring leakages and ground motion at sites associated with gas storage (i.e., CO2) and energy production. When I’m not doing research, my multidisciplinary background enables me to contribute to teaching physics-based modules in the Department of Chemical and Environmental Engineering.

Having re-read what I written above, I realise that people could be easily fooled into thinking that I don’t get out much – after all, my career hasn’t taken me beyond a 25-mile radius of Nottingham and my day job comprises observing the Earth remotely (typically on a computer screen within the confines of my office)! However, I would just like to conclude by pointing out that this is actually some way off the truth and I do indeed enjoy exploring the big wide world! Over the past 12 years I have spent a few months in Cyprus during my PhD and have undertaken fieldwork in Greece, Slovenia and South Africa. Furthermore, I have attended numerous conferences/meetings in glamourous locations such as Vienna, San Francisco, Prague, Versailles and Rome….not bad for a predominantly desk-based job!